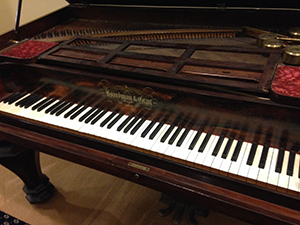 AE Rosen was founded in 1977 in by Edward Rosen, when he recognized the need for quality electrical work in the growing Capital Region. Working originally out of his Colonie home, Ed grew his customer base and hired his first employees that same year. The company began working in the residential market and doing small commercial projects. With a straightforward approach to their clients, good relationships with vendors and positive reputation with general contractors, the business grew at a moderate pace through the 1980s and 90s. The company relocated to their offices at 883 Broadway in downtown Albany in 1993. The historic Boardman and Gray Piano building offered a convenient location to the region’s highways which was needed as the geographic reach of their projects had grown north, south and west. In 1995, Clifford Wessot joined the company with the express purpose of building new business. During the next decade, projects and staff numbers grew. They added in-house capabilities to support this growth including design-build, CAD, low-voltage system installation and excavation and concrete work. These additions have enabled AE Rosen to provide reliable turn-key solutions for general contractors and developers.

In 2005, Ed’s son, Adam, who’d been working in the field for several years, became a principal of the company, and with his father and Clifford, continued to help grow the company’s capabilities and customer base. Around 2011, the continued business expansion necessitated the addition of two additional project managers and estimators, Steve Hathaway and Wes Staroba. In 2013, Albany Business Review ranked AE Rosen as the seventh largest electrical contractor in the region.